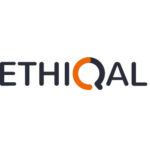 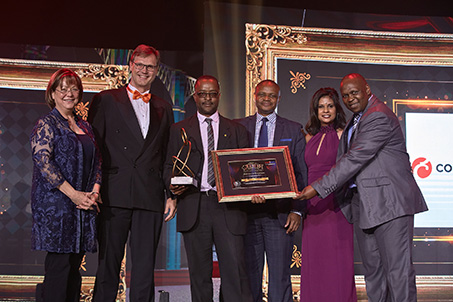 EthiQal, a division of Constantia Insurance Company Limited, has won the Insurance and Re-insurance category award of the Institute of Risk Management, South Africa, (IRMSA), for its efforts to resolve the litigation crisis in healthcare in this country.

The groundbreaking, disruptive local provider of professional indemnity cover has sponsored numerous conferences relating to the most-affected stakeholders to discuss solutions for the alarming rise in medical negligence claims in recent years. There’s been a 45% rise in medical negligence claims against the state between 2012/13 and 2016/17, with resolved and unresolved claims against it reaching R98 billion in 2019. In the private sector, across all healthcare disciplines, claims rose by 35% between 2011 and 2016.

Before Constantia Insurance launched EthiQal, premiums, especially in obstetrics, gynaecology and neurosurgery were becoming increasingly unaffordable, with a distinct lack of risk-cover competition in a debilitating climate that threatened service delivery.

EthiQal’s award citation reads; “for a solution to resolve the crisis in medical malpractice and providing a viable and sustainable alternative to unaffordable professional indemnity cover for medical practitioners.”

EthiQal offers affordable lifelong protection for any medico-legal incidents that may arise from professional medical practice during the period of insurance. Since launching in November 2016, it estimates that about half of South African neurosurgeons, obstetricians and gynaecologists in private practice have taken its cover, which has materially contributed to the sustainability of their practices.

EthiQal is the first local provider of both occurrence-based and claims-made cover, having adopted a risk management approach that enables it to reduce the cost of standard cover. With unique benefit extensions built into cover packages at no extra cost, it introduced a host of risk-reduction initiatives when several specialities were in crisis and patient care was threatened.

In May 2017, EthiQal sponsored a National Department of Health conference to brainstorm solutions to the litigation crisis, following which it also made a substantive submission to the South African Law Reform Commission (SALRC), with key recommendations for change in terms of law reform. The following year it sponsored a two-day conference in collaboration with the Paediatric Department of the University of Pretoria, pulling together local and international medical academics, healthcare practitioners, lawyers and government healthcare leaders, to avert the prospective collapse of maternal and child healthcare services.

EthiQal is also a regular participant in the annual conferences of professional societies and their management groups like Surgicom and the Gynaecology Management Group (GMG), sharing essential medico-legal and risk-management know-how and insights. It works intimately with various organisations to boost patient data outcome management, a potent risk-reduction tool. A R2 million investment in the SafeSurgery electronic platform to track patient outcomes is an example of Constantia’s commitment to supporting specialist-driven projects to promote affordable high-quality healthcare in South Africa.

EthiQal’s approach encompasses risk reduction on both the clinical and practice management, as well as the legal and judiciary sides. Its support of unbiased, balanced expert opinion panels like the Expert Opinion Panel (EOP) initiated by SASOG is important in optimising legal responses and streamlining dispute resolution.

An additional boost to SA’s frail economy is that EthiQal has so far paid VAT on the more than R200 million of gross premium written since inception. Had these clients continued with the prevailing offshore model, over R300 million would have been paid – with no VAT collections. EthiQal has thus both limited costs and contributed much-needed funds towards the well-being of SA’s people. This is contrary to the other dominant indemnity provider whose offshore model does not make provision for the payment of taxes in South Africa.

Volker von Widdern, CEO of Constantia, says he is pleased with the difference EthiQal has been able to make in a short period and is heartened by the industry’s recognition via the award. He adds that the company will continue to support the industry with co-ordinated initiatives that make a material impact in areas of high perceived medico-legal risk.

“We want to be recognised as a trusted risk partner by medical practitioners,” he says.