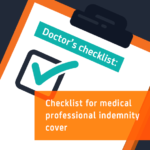 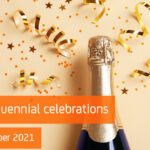 Getting to grips with occurrence-based professional indemnity cover 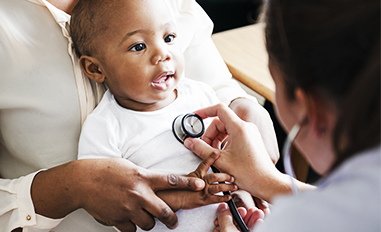 South Africans are becoming increasingly aware of their rights when it comes to medical malpractice, explaining some of the increases in the number and size of claims against doctors. Taking into consideration these trends, it is important that medical practitioners have professional indemnity cover which protects them against legal defence costs and claims for damages for personal injury where allegations of improper professional conduct are levelled against them.

Given the devastating impact medico-legal claims can have on someone’s career and personal life, doctors are advised to take the time to understand the important differences in the design of different indemnity products, as well as the implications of purchasing cover through different types of indemnifiers.

Broadly speaking, there are two forms of cover available: occurrence-based and claims-made.

What is occurrence-based cover?

This popular type of cover provides protection for claims that result from any incident that occurs whilst being a policyholder, irrespective of when the claim is made, and this includes the time after a policy has been cancelled. For example, if you had an occurrence-based policy in 2017 and cancelled it last year, you are still covered for incidents that occurred during the time your insurance was active. Bar material non-disclosure, there is certainty of future cover where claims arise from events during the policy period.

What is claims-made cover?

With this cover, you are only protected for incidents that both occur and are reported to the insurer during the policy period, whilst premiums are being paid. For example, if you had a claims-made policy in 2017 and cancelled it last year without ensuring run-off cover or taking out a new policy that includes relevant retro cover, you are not covered for incidents that occurred during the time your insurance was active, but were not reported to the insurer.

Claims-made cover is technically more complex to understand and typically has added conditions. Run-off or nose cover may have to be purchased if a policyholder wishes to be protected after policy cancellation, while migration between insurers by the policyholder or appointed broker may leave the doctor with gaps in cover.

Vulnerability in terms of cover may also arise where doctors change their scope of practice, for example from obstetrics and gynaecology to gynaecology only. In these instances, extended reporting periods for obstetric-related claims may fall away inadvertently. A scenario may also arise where a doctor is unable to purchase run-off cover or forfeits an extended reporting period for reason of a compromised risk profile, leaving him or her exposed in terms of unreported incidents arising from the policy period.

Furthermore, claims-made products may have pre-determined exponential annual price increases built into their product design during the first few years of cover. This is to accommodate increasing insurance risk on the basis of an accumulative reporting period. For purposes of explanation, during the first year of cover the insurer is only exposed to incidents occurring and reported during that year; in the next, the insurer is exposed to incidents occurring and reported during the second year plus previously unreported incidents in year one.

Given the easy-to-understand nature of occurrence-based cover and the peace of mind it provides,  most doctors prefer this option when given the choice. Historically, this type of cover was only available from offshore mutual organisations. One of the implications of this was that in the event of a dispute between the professional indemnity provider and any aggrieved South African doctor, only a foreign country’s courts or arbitration panel could potentially adjudicate and rule on this. In the absence of competition, it also meant unchecked price increases for some specialist groups.

For the past three years occurrence-based cover is, however, also available from a local insurer.  Since 2016, EthiQal, a division of Constantia Insurance Company, an authorised financial services provider, has been offering both occurrence- and claims-made policies.

What are the differences between insurers and mutuals?

Short-term insurers and mutual organisations are not mutually exclusive. A short-term insurer is a company licensed to do business in terms of the Company’s Act 2008 and is registered as a Financial Services Provider (FSP) with the Financial Services Conduct Authority. A mutual on the other hand is an organisation that is owned collectively by its members – who are also its customers – and it may or may not be registered as an FSP.

Whereas insurers have to define details of policy cover, including limits of insurance, scope of cover, exclusions and requirements for cover in terms of a contract of insurance (outlined in the policy and the associated policy schedule that is enforcable in terms of South African laws and regulations), mutuals may offer cover on a discretionary basis according to their Memorandum and Articles of Association.

Unless service providers are authorised FSPs, policyholders also do not benefit from the added protection offered by the Ombudsman for Short-Term Insurance. Another advantage of registration as an FSP is the financial oversight offered by the Prudential Authority (previously known as the Financial Services Board) which ensures building of adequate reserves for defending future claims. This is similar to the medical aid industry where the Council for Medical Schemes monitors the reserves of medical aid schemes and implements corrective actions in the event of a scheme’s solvency being threatened.

When making the decision to purchase professional indemnity cover, it is vital to understand the advantages of different types of cover, whether an indemnifier is an authorised FSP, as well as details of policy cover, including projected price increases.

While you can gain from short-term cost-savings when it comes to claims-made premiums, there is a risk that an incident will not be covered when a policy is not renewed or that annual price increases are significantly higher than anticipated. With occurrence-based cover, unpleasant surprises down the line are unlikely if the policyholder has been honest with the insurer and is not guilty of material non-disclosure.

Given the personal and financial cost and reputational damage a malpractice claim can bring to a medical professional and his or her practice, it is important that doctors have a sound understanding of their insurance cover. As an inadequate understanding of the nuances of the cover purchased can have major detrimental consequences for individual practitioners and the sustainability of their practices, it is best to speak to a registered financial services provider to understand the intricacies of each type of cover, before making a decision.

At EthiQal, we are committed to protecting our doctors and keeping them in practice. As the only provider of real occurrence-based cover that is protected in terms of South African laws and regulations, we believe that we can work with doctors to make the change and solve the country’s medico-legal crisis.

For more information about professional indemnity cover or for an obligation-free quote, please contact EthiQal today on 011 686 4200.