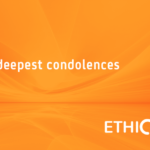 Statement regarding the murder of Dr Abdulhay Munshi It is important to remember that every prescription, note, report or document your practice prepares comes with clinical, ethical, and legal responsibilities. Unfortunately, there may be occasions where a patient is found to have falsified or altered documentation that may have come from your practice.

It, therefore, leaves the practitioner in an uncomfortable situation knowing that a document that may or may not have come from the practice, was used for an unintended purpose, or worse, an ulterior purpose.

Such issues typically manifest in the employment scenario in one of several ways, such as when a patient:

When one hears the term ‘forgery’, one immediately thinks about fraudulent behaviour. But it is important to draw a clear distinction between the common law crimes of forgery, fraud and uttering of a forged document.

Since the examples all constitute potential offences, the practitioner should alert the authorities as soon as possible.

In the case of an offence, the practitioner should alert the South African Police Service. If appropriate, alert the relevant medical aid scheme as the patient may be claiming an indemnity to which they are not entitled. If there exists a reasonable belief that another healthcare practitioner may be associated or involved in the purported offence, alert the relevant regulatory body, such as the Health Professions Council of South Africa, so that it can investigate. In many cases, such indiscretions are made in the context of an employment situation, so there could very well be a parallel process of disciplinary proceedings against the patient and it would therefore be expected that the practitioner co-operates.

It is also worth noting that an employer has the right to make direct contact with the relevant practitioner to confirm the authenticity of any sick note or report (e.g. fitness to work), as long as the practitioner does not breach patient confidentiality in confirming its authenticity.

Naturally, these situations would leave any practitioner upset and betrayed by a patient.  This is because the doctor-patient relationship is built on trust. Obviously, when these situations arise, it may cause the relationship to break down since the patient has abused that relationship and, by implication, has disrespected the practitioner. As a matter of fact, the National Patient’s Right Charter records that the patient must “respect the rights of other patients and health providers” and “utilise the health care system properly and not abuse it”. It is therefore imperative to terminate the doctor-patient relationship.

Generally, when a document is forged there may be telltale signs that it is a forgery (e.g. important details that are missing which one would expect to find), such as the name of the practitioner is misspelt, the address and contact details are incorrect, the practitioner’s discipline and practice number are omitted or incorrect, or there may be other obvious features that are suspect.

It is always advisable to ensure that you have an identical copy of every document handed to the patient or that leaves the practice.

In a case of alleged fraud, forgery or uttering of a forged document, one would be in an advantageous position to immediately demonstrate the obvious falsification of the document, without any further need to investigate and exhaust resources.

It is also advisable to include a clause in new patient documentation, which includes an undertaking by the patient that they will not utilise any script, reports, special investigation results or any other documentation emanating from your practice, for any other purpose than what was intended. Such an undertaking should be accompanied by an acknowledgement that such conduct could be unlawful and may constitute an offence.

To possibly avoid patients backdating medical reports, it is advisable to only provide protected pdf documents when dispatching such reports electronically. In the case of a hard copy, it is advisable to endorse it on the basis that the report is only valid for a certain period of time, after which the reader must telephonically contact the author.

To potentially avoid patients forging prescriptions, it is advisable to either call the pharmacist beforehand or endorse the script with a pre-printed clause, such as: “all scripts are to be confirmed by telephone with the author before dispensing”.