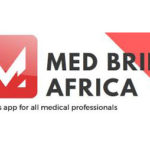 Navigating a changing, uncertain healthcare environment: What are the issues? 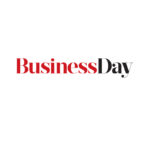 The noble purpose of medmal insurance

9th Mar 2021 by admin in Uncategorised

The year 2020 saw the medical community at the frontline, facing tremendous pressure and uncertainty. For quite some time, the healthcare environment has been plagued with an increase in medical malpractice claims, and the much-publicised increase in professional indemnity insurance premiums.

Much publicity, for example, has been given to the criminal case involving Dr Peter Beale, and the late Dr Abdulhay Munshi, who were both arrested on charges of culpable homicide, following the tragic death of a 10-year-old child in their operating theatre. The arrest took place, despite no formal criminal investigation having been concluded. Equally devasting, was that Dr Munshi was gunned down in Johannesburg in September last year, seemingly in retaliation. This paved the way for a series of public debates and protests, in relation to the aggressive approach of the policing and prosecutorial authorities.

Understandably, the wider medical community is concerned with the negative precedent this may have. Not only because they are more vulnerable to charges of culpable homicide for mistakes or lapses in judgement, but, more significantly, the hostile way in which these arrests were carried out, and their wide coverage in the press. This is especially concerning since the South African Constitution guarantees the protection of fundamental human rights in respect of the arrested, detained and accused persons, including the right to be presumed innocent, until proven guilty, and the right to a fair trial.

Culpable homicide is the common-law crime of unlawfully and negligently causing the death of another human being. The test for negligence in criminal law is the same in civil law, whereby negligence is tested against the criteria of the ‘’reasonable person’’ fiction. When applying this to medical profession, in deciding whether a medical practitioner is guilty of culpable homicide, a Court will assess the relevant facts in relation to a case and apply those facts to the applicable legal principles.

South African criminal law does not distinguish between degrees of negligence in establishing a criminal conviction. In other words, even the slightest degree of negligence would be enough for a convic- tion, provided that the negligent conduct

The degree of negligent conduct would however feature in the Court’s assessment, in mitigation of the sentence.

Adequate protection of the practitioner

Fortunately, most medical malpractice insurance policies include an extension for assistance in dealing with inquest investigations and associated crimi- nal proceedings relating to charges of

culpable homicide. Such cover is important for the adequate protection of healthcare practitioners.

Additionally, the important role of the broker in providing advice cannot be overstated. Most medical professionals do not understand the insurance cover they enjoy2. The value of that advice goes a long way in ensuring that the client has the most appropriate cover based on their speciality and risk profile.

Regardless of the cover a medical practi- tioner chooses, it is important to ensure that their indemnity provider has the right experience in managing claims in South Africa to provide long-term security and peace of mind.