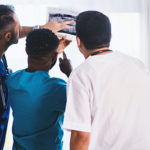 The noble purpose of medmal insurance 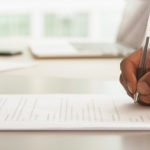 Why are declarations so important when applying for professional medical indemnity cover?
Uncategorised

EthiQal, the medical professional indemnity division of Conduit Capital-owned Constantia Insurance, plans to double its gross written premiums over the next three to five years, as it seeks to solidify its position in SA’s small but lucrative medical malpractice insurance market.

The Johannesburg-based medical insurer, which was founded in November 2016, has grown its gross written premiums to more than R200m annually, largely by providing more affordable cover for obstetrician-gynaecologists who, just a few years ago, faced malpractice premiums exceeding R1m a year.

By offering lower premiums, EthiQal has managed to capture two-thirds of the private obstetrics insurance market and now wants to grow in other medical malpractice spheres where its market share is lower.

“We’ve gone from zero to R200m in just a few years, thanks to strong double-digit growth each year,” Alex Brownlee, actuary and executive head of EthiQal, told Business Day in an interview.

“We were close to R200m in premiums at the end of 2019 already but with the market staying mostly flat in 2020 due to the impact of Covid-19, we’ve grown by a more modest amount. If we can get back to our pre-pandemic growth rate, we think we can double our premiums in the next few years.”

While actual figures on malpractice claims are seemingly impossible to obtain, Dr Johannes van Waart, a former president of SASOG who now leads its BetterOBS™ programme, which promotes safer births, says SA obstetrician-gynaecologists experienced a spike in malpractice claims between 2000 and 2016, though he says this has since “plateaued”.

Van Waart puts this down to aggressive lawyering and SA becoming a more litigious society.

While the Health Professions Council of SA (HPCSA) did not respond to e-mails requesting data on malpractice claims, Brownlee confirms “there were steep increases in the frequency of claims from early 2000 to about 2016, slowing and levelling since”. While more than half of claims against obstetrician-gynaecologists in the public sector relate to cerebral palsy, he says this is much lower in the private sector.

Brownlee says EthiQal is the only local insurer that offers the gold standard “occurrence-based malpractice insurance for obstetrician-gynaecologists and has been able to reduce premiums for this product to about R700,000 per annum. This top-tier policy provides lifetime cover to obstetrician-gynaecologists for claims as high as R50m for any alleged negligence related to births or other treatment that occurred while the policy was held, even if a claim arises after the policy has been cancelled.

Annual premiums for EthiQal’s standard obstetrician-gynaecologist malpractice cover can range from R200,000 per annum to about half the cost of the top-tier “occurrence-based” policy, depending on the type of cover. However, the insured amount is capped at R30m and only applies to claims that arise while the policy is in place.

EthiQal’s premiums for malpractice cover for general practitioners (GPs) working in urban environments and who don’t deliver babies, administer anaesthetics or provide emergency care, can be as low as R10,000 a year. However, GPs can face malpractice insurance premiums as high as R180,000 a year, particularly if they work in rural areas where they are often required to deliver babies or provide services that are usually overseen by specialists in cities.

“The big areas of risk are births and surgeries, including anaesthetics,” says Brownlee.

Neurosurgeons are also struggling with insurance affordability and typically face annual premiums of R230,000-R450,000. For orthopaedic surgeons, premiums can range between R100,000 and R400,000 per annum with those doing spinal surgery facing the highest insurance costs. EthiQal sees both these disciplines as a growth opportunity with plastic surgery.

“We’d like to support all the surgical specialists,” said Brownlee, adding that the legal process for malpractice claims typically lasts “a good few years”.